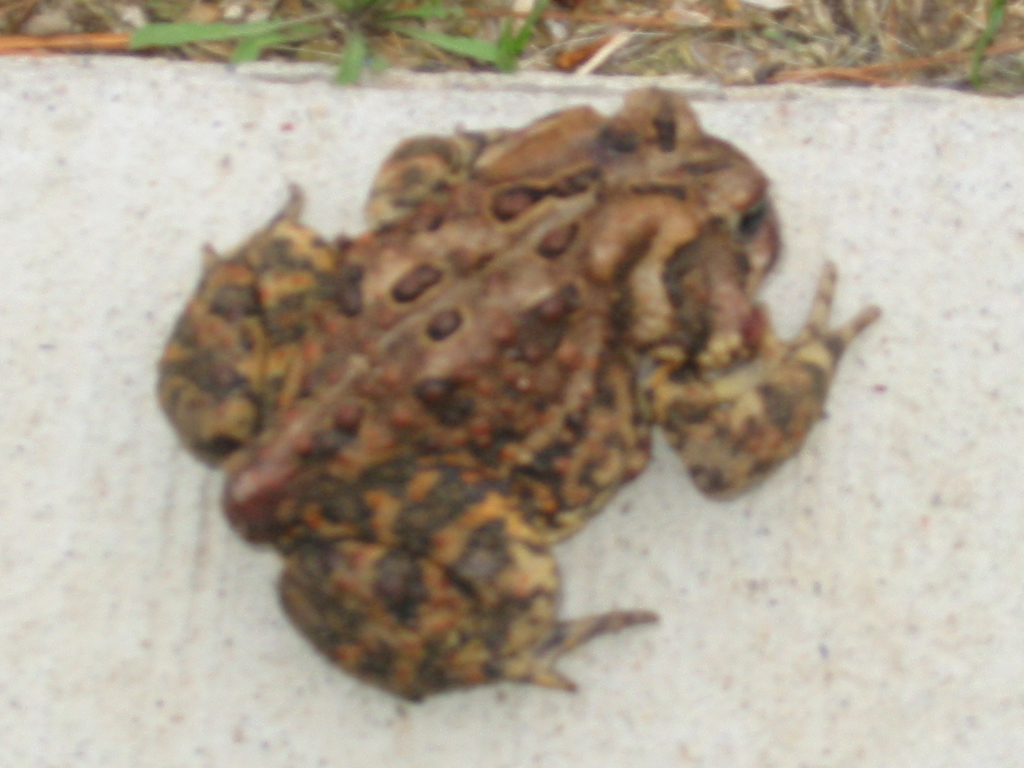 So, today, we were outside refilling the bird feeders.  We had kind of let them empty during this week, so all of the birds were “waiting in the wings”.  As we were finishing, Steve spotted a toad that looked as if it had a bum hind leg. It was kind of half buried, right in the soft soil near our bird feeder.  There is pretty thick sod in that area though.  Anyways, after observing the toad for a few moments, he realized that the American Toad seemed to be just emerging from the ground and that his leg was in fact not injured.  He and Quincy watched the toad for a few minutes until I joned them.  We wanted to move him away from the high traffic bird feeding area, so Steve picked him up to move him over by the red shed in the backyard.  When he picked him up we saw that his underbelly seemed to have some kind of skin irritation.  Part of the skin was normal color and normal texture, but a large part of his underbelly seemed to be covered in some sort of rash or lesion.  His lower abdomen seemed discolored, but not protuding from his body as in the other area.  Upon further inspection, we saw that the “lesions” continued all the way up to near his mouth.  We do not know if this was due to an injury of some sort, or if it is some sort of disease. Here are the photos that we were able to take.

View of the underbelly with lesions and discoloration

So, for only our second toad spotted this year, this is a disappointment.  Last night we heard American Toad mating calls.  I have such high hopes for the toad research this summer.  I’m hoping that this is the first and last toad we spot in this condition.

If anyone recognizes this wound, please tell me about it in the comments.  I would like to know more about what could cause the toad to be in this condition. 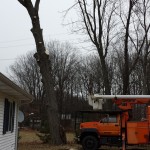 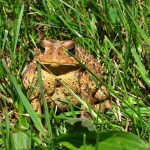