Tilda got into a ground hive of yellow jackets that was right in her potty area. She was stung by about a half dozen or more. Steve was out with her and she went wild thrashing around and he had to pluck them off of her. Luckily, we had an antihistamine and my friends here were quick to tell me to give it to her right away. We aren’t sure the ones on her neck actually got thru her fur but the one inside her lip surely did. The vet called us back and that one was starting to get red & swell a bit. She had us add a steroid and she was in better shape. She was tired from the meds but she’s fine. She IS a hound dog. They have to be tough. It’s one of their charms. Getting themselves into situations where toughness is required is also one of their charms. I just love her so much.

We took care of the ground hive. Well, I say we, but really Steve did. I was on deck to call 9-1-1 if necessary and to swoop in and take pictures.

First there was fire and then digging it up (so they don’t just start right back up). We watched several YouTube videos (including watching The Hornet Guy fully extricate a hive in a bee suit) and learned where and how they build their hives. It was gross when he first cracked into it. I should have gotten a picture when all of the grub looking things were crawling all over it but there were still some live ones around at that point. Steve is Mr. Fire Safety so there were no fire dangers unaccounted for. We had 2 hoses and 10-5 gallon buckets filled all around the area before he lit it up just in case it got out of hand. But, it never did. 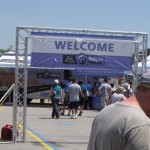 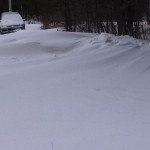 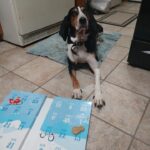