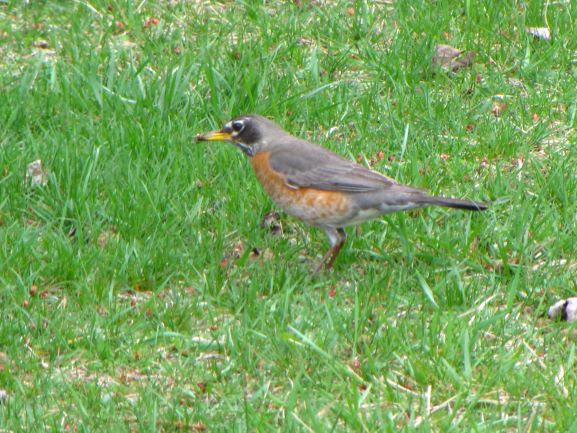 I was trying to get a picture of the first bluebird I’ve seen this year, but I was too slow. However, I was able to capture this American Robin eating a nightcrawler. I *think* this American Robin would be characterized as leucistic but I’m not positive. See how it’s red breast is mottled? That’s a loss of pigment which would sometimes be called leucistic, but I’m not sure if this would just be a color variation or perhaps this is coloring of a juvenile? I need to do some more learning about robins! Anyways, I was excited to this video of the Robin eating the worm! 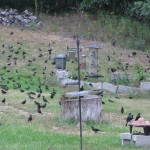