My friends have this adorable dachshund named Doug. They were planning a trip out of town and I offered to dogsit, partly to cure puppy fever and also because I knew there would be a lot of long dog love.  Chip & Quincy had so much fun with Dougie. He was a ball of energy.

This is Doug. You can’t see it, but he had just been startled by a toad and ended up trying to go after it!

Doug thought that Chip & Quincy had the best toys. He kept rooting through their toy bin and then trying to protect piles of toys. Chip & Quincy were just trying to figure out why he was so interested in those old toys.

Quincy taught Doug how to be a camp hound. He fit right in.

Oh, they were so sad to see their new buddy go! 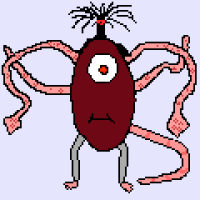 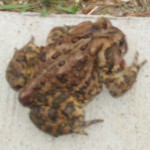 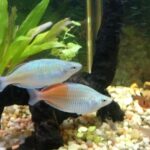 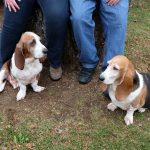