Today Steve & I stepped out of the backyard and went to the Octagon Barn in Gagetown, Michigan. They have a Fall Family Days Festival the weekend after Labor Day every year.  I’ve never been before. Honestly, I didn’t even know about the octagon barn until I heard about it from Louis Wehrmann a friend from the Gera Old Tractor Days.  You can see the whole history of the barn and some great photos and info on the place on their website.  Here are some pictures I took of the barn itself.

The pictures, really do not do the barn justice, you have to see it in person!

We saw the barn (of course!) and checked out all of the exhibits within. They have so much neat history!  We learned about honey extraction, milking, and rural electrification.  There were great displays of different types of grain separators

and bean sorters, milk separators.  There also were people demonstrating rug weaving (and selling rugs) and demonstrating broom making and selling brooms. They also had honey & honey combs for sale.

Then, we walked through the flea market area and checked in with the vendors. There were over 200 vendors at the show!  There were a lot of great crafts including woodworking and glassware and ceramics. I found a great piece of glassware. I collect cow creamers and I did find a pig creamer, but no cow creamers.  We also saw the one room schoolhouse and museum. It was packed, so we didn’t walk through. Then, we crossed a little bridge and stopped in at the sugar shack where they were making sorghum syrup and allowing tastes.

We walked past a children’s activities area which looked cool. They let the kids try some bean sorters, washing clothes with a washboard and walk on stilts amongst other activities.  Then, we went into the newest building, the grain elevator. That’s where we found my friend, Louis.

From there, we walked across to see the antique tractor show.

There must have been nearly 100 tractors including a very cool Oliver 77 RowCrop with an aftermarket cab.

The theme this year was Steam Engines. There must have been more than 10 different steam engines on display and in operation.  We also saw the sawmill which wasn’t demonstrating while we were there, but had some very neat displays nonetheless. Then, we saw a McCormick Deering 10-20 power unit operating a Bay City Shovel. It was very cool and they were loading the dirt into an antique truck. I almost got trampled by a horse-drawn wagon while trying to take video.  :)

From there, it was just a short walk over to where a guy was making electricity!  That was the coolest. We watched him stoke the fire in the boiler and get it really going so that he could light 4 light bulbs.  There were gauges so you could see how much juice he was pumping out.

Then, we were onto the feature tent where they had vintage toys and dolls.  We did not walk through the flea market tent or take a tour of the house. We did buy a few souvenirs from the Friends of the Octagon Barn.  We would have loved to have some cider, donuts or popcorn, but the line was SO long!  They had a pretty great bluegrass band entertaining the crowd in line, though.  We also walked past the powerhouse, but did not have time for the tour there either (had to get home in time for the U of Michigan vs Notre Dame game!).

All in all, this was an awesome trip! We plan on going back again. 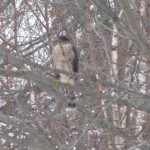 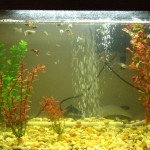 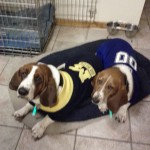