So, on Wednesday, I took Chip & Quincy to Keylore Kennels for dog day care like we do most weeks.  I dropped them off at about 8:45am.  At 9:45 am I got a call from Lisa in the office telling me that Chip was having a seizure and that he needed to see a vet.  I freaked out.  Luckily for me and for Chip, they remained calm.  Everyone there is trained about what to do in the case of a seizure and I’m really grateful for that.

Chip was outside for about 15 minutes when Ranae noticed him sitting next to the gate and his head was tittering.  Then, he ended up in a full grand mal seizure, legs paddling, he was disoriented, he had a panic stricken look on his face and he was convulsing.  He became really hot after the seizure (the vet says because of all of the energy his body was exerting and the adrenaline).  Sharon cooled him down with cold wet towels.

I made it to day care and Sharon rode with Chip & I to the vet and gave them all the details.  I’m very grateful for that. I wasn’t there and it would be just too hard to relay the information telephone game style.

So, the vet said that sometimes a dog just has one seizure and never another one. He is quite young for epilepsy.  He is only 7 months old.  The vet also indicated that he was pretty young for some of the other problems that can cause seizures.  He did a full blood panel and that looked normal.  He does have a yeast infection in his right ear, but that is unrelated, his tympanum looks good.

So, the vet wants him watched for a few weeks in case he has another seizure.  We’re going to take him to Keylore Kennels for the next couple weeks just so that he will be always supervised.  I feel nervous about leaving him in his outdoor kennel for fear that he has another seizure and then his body is too hot and he can’t get his core temperature down on his own.

He is acting normally now.  He was acting strangely that morning and from reading the Canine Epilepsy website, that is typical.  Now that I know what the odd behavior is, I’ll definitely be on the lookout for it. He didn’t drink any water with his breakfast (was not dehydrated though when he had the blood panel) and he was whining in the car really bad all the way to daycare.

I also called the breeder to see if other dogs in the line had ever experienced seizures and she indicated that they have not.  I’ll keep her up to date on what happens with Chip.  I read a lot of information on Thursday online about seizure disorders. It was making me very nervous. I also read some threads at Basset.Net from other folks with Basset Hounds that had seizures.  I decided not to read anymore about it unless something else happens, but I am thinking about going to a pet first aid class now.

I’m very hopeful that this is just a fluke.  I was just so devastated when they called me and worried, but he seems to be back to his normal self now.

Chip & Quincy hanging out in the yard 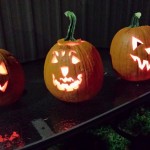 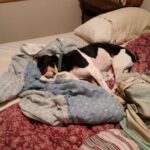 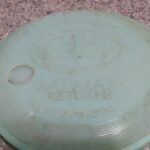