So, I try not to use this blog as a soapbox, but all of us birders and backyard wildlife enthusiasts need to get concerned about bats.  White Nose Syndrome is a real threat to bat populations.  Bats are a very important part of the balance in our ecosystem.  I received a disturbing email alert from Bat Conservation International. I’d like to pass along this information. If you need more information or if you don’t know about White Nose Syndrome, please contact the fine folks at Bat Conservation International.

Gray bats are very near and dear to Bat Conservation International’s heart. For decades, we have worked to recover the declining gray bat populations and the species was well on the road to being removed from the Federal Endangered Species List.

That was until White-nose Syndrome showed up in New York four years ago. BCI and bat scientists around the country have been nervously monitoring the spread of this devastating disease that has killed more than one million bats since 2006. This winter, the White-nose fungus spread to Tennessee, the epicenter of gray bat territory, and we feared the gray bat would be the seventh bat species and the second federally endangered species to be affected by the disease. At the end of winter, the Tennessee Nature Conservancy, U.S. Fish and Wildlife Service, Tennessee Wildlife Resources Agency and Bat Conservation International’s Caves Coordinator, Jim Kennedy, returned from surveying Hubbard’s Cave-one of the largest gray bat hibernacula-with hopeful news; the colony was stable with no sign of White-nose Syndrome. But now, the future isn’t looking as bright.

Because of Bat Conservation International’s strong emotional tie to this species, the gray bat was one of the first four Adopt-A-Bats to be released this past holiday season. If you’d like to support gray bats and the work we do, consider adopting a gray bat or donating online.

Thanks for your support! 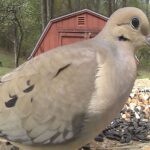 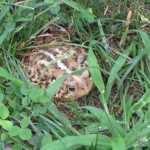 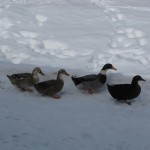