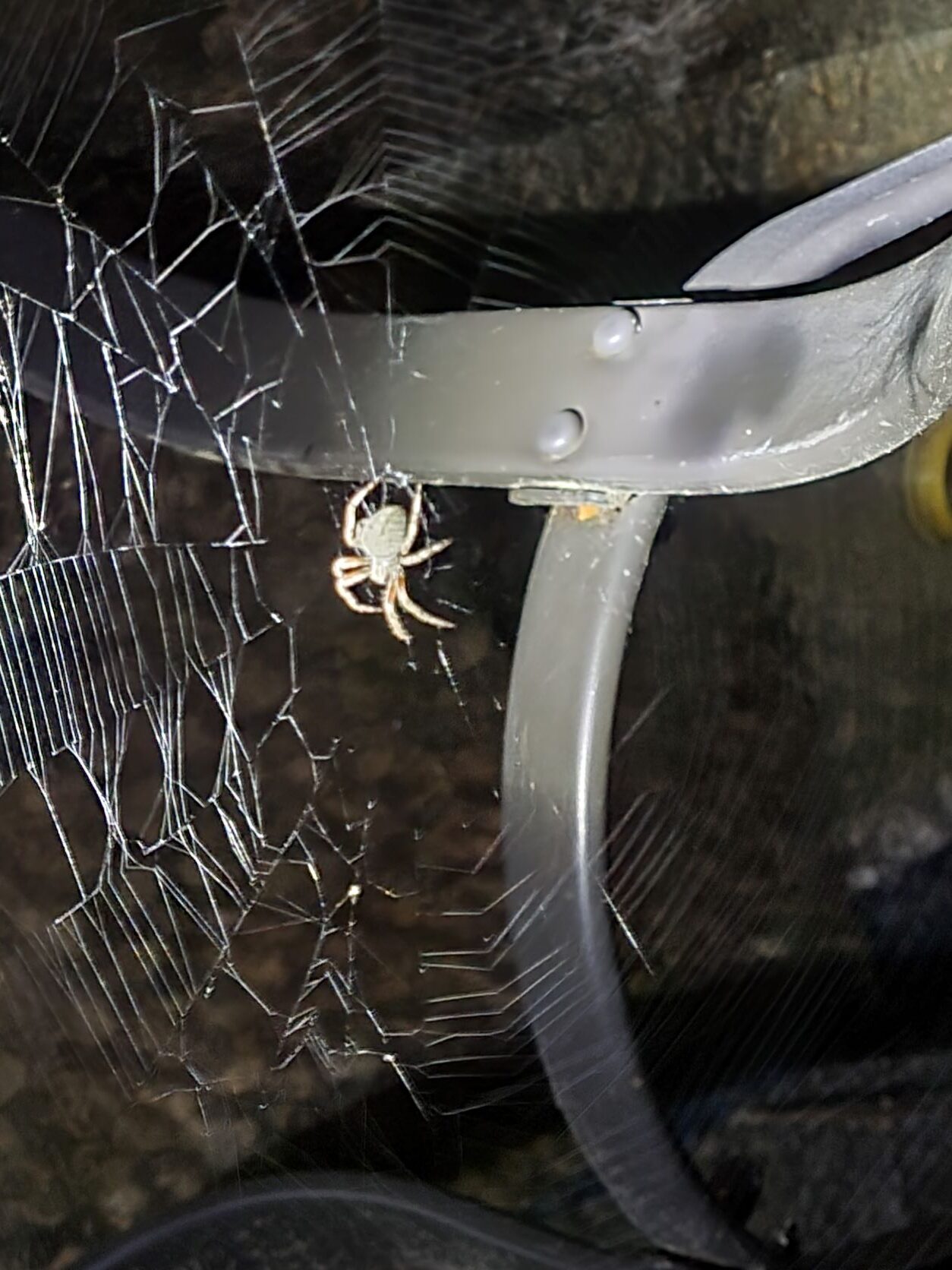 This spider is interesting! July 17th was the first night I observed it. It had a fairly intricate web it’s a little difficult to see on the video. It is located on the dark side of my pole barn. It was doing really well catching various flying bugs and wrapping them up as seen here.

We went out first thing in the morning to try to get a picture in the dawn when I thought it would look cool. It was gone!

The next night we we still had the GoPro on chrysalis watch for our monarchs so we couldn’t put it on the spider but we kept an eye on it. On 7/18 at 9pm, the web was already built and he was busy getting bugs! The next morning – completely gone again by 7am.

The evening of 7/19, we set the GoPro out early at 7pm and just planned to record. We never were able to see anything visually interesting on the GoPro, but he did once again build another even larger web. At 7am, it was starting to deteriorate and my husband came and got his own camera to try to get some pics, by the time he got back out there (about 10 minutes), he’d already stashed his kill and the web was disintegrating.

The next night 7/20, it was windy and a little stormy during the day and he never built it.

I think it may be a Cross Orb Weaver, but not really sure. It sure is interesting how quickly he can build the web though and get to work. Also interesting that he’s built it on the dark side of the pole barn rather than the side with the dusk to dawn light where there are more flying insects. Maybe he cannot be seen as much there?

Here’s some still pictures we took.

The same evening, I guess it was a good night for spiders! Here’s another one that I didn’t get a great picture of on the milkweed plant. No idea of the identification on this guy!